The death of George Floyd under Minneapolis’ police custody on May 25 detonated massive anti-racism protests in the United States and throughout the globe. As the number of demonstrators continues to grow, their message of police reform and justice for the countless victims of racism has resonated in many parts of the world.

In Latin America, the images of the protests and powerful messages in social media have inspired activists and citizens to organize demonstrations of their own. In spite of the lockdown measures due to the current pandemic, citizens all over Latin America want to voice their own class and race struggles and share their own histories of police brutality. The abusive use of lethal force by public security institutions is a major problem in Latin America. Police abuse cases disproportionately affect ethnic minorities and vulnerable groups in our region. Multiple organizations work to make visible these cases, bring justice to the victims, and amplify the demands for comprehensive policy reform to address the root causes of racism and classism.

This month’s newsletter focuses on initiatives that push for anti-racism and non-discrimination reforms in Latin America.

Public Policies, Censuses and Inclusive Statistics for People of African Descent in the Americas and the Caribbean - Transnational

In the context of the International Decade for People of African Descent 2015-2024, the Costarican Afro-Women Center (Span. Centro de Mujeres Afro Costarricense - CMA), with the support of the Spanish Agency for International Development Cooperation (Span. Cooperación Española), launched a project on public policies, censuses and inclusive statistics for people of African descent in the Americas and the Caribbean. The project aimed at preparing Latin America and the Caribbean for its 2020 census round by contributing to improve the quality of multi-ethnicity and Afro-descendant data, and to understand and better design ethnic and racial self-identification questions for the upcoming censuses.

Deployed in 9 countries, the project engaged various national census institutes and civil society organizations, as well as African-descendant experts on the topic of census-related policy formulation. They were invited to participate in multiple rounds of expert workshops, virtual conferences, and working-tables conducted in four rounds of country-visits.

The project relied on the support of more than 40 stakeholders throughout Latin America and the Caribbean. 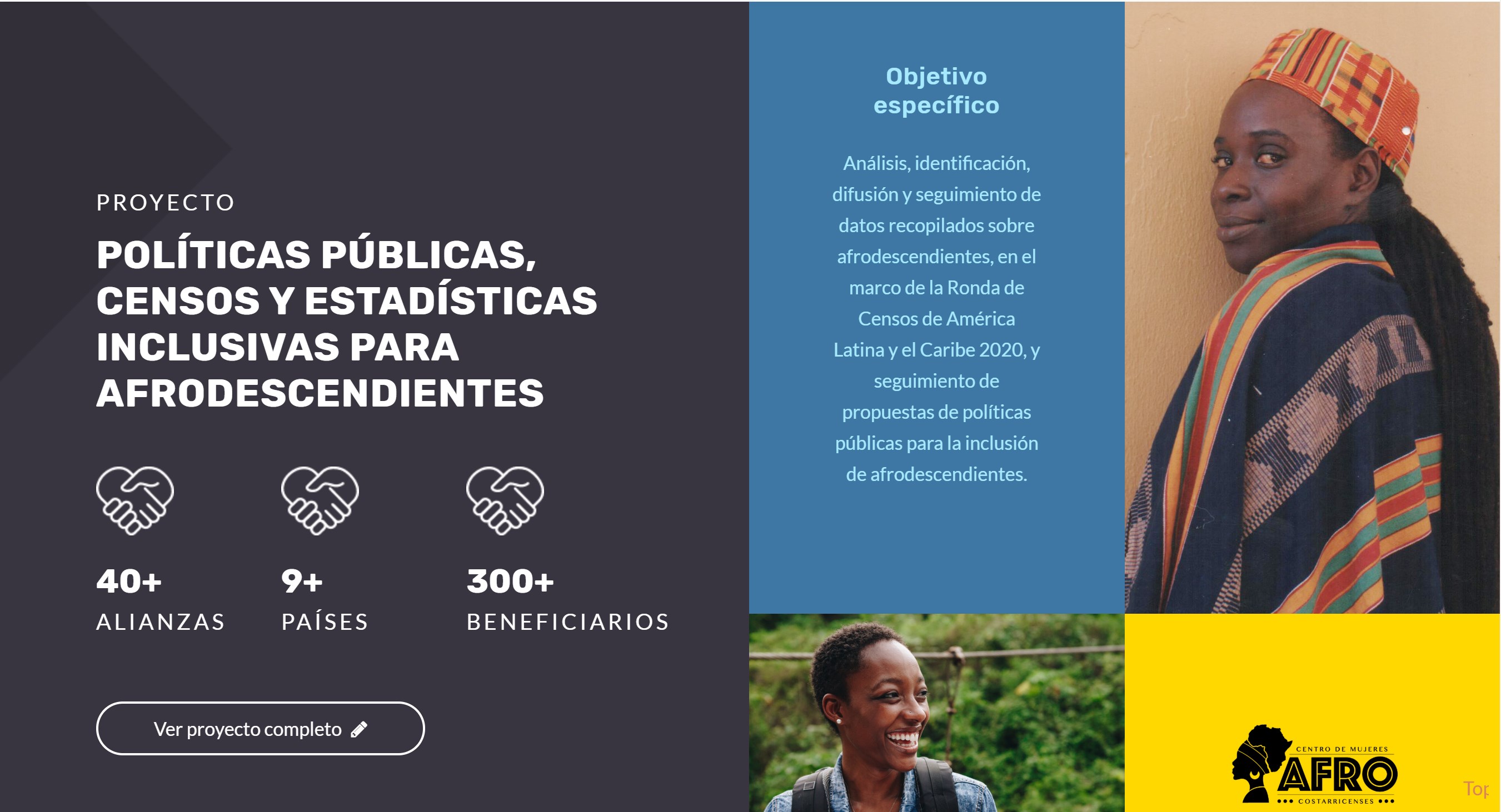 On March 14, 2018, the same day of the assassination of Brazilian councilwoman and human rights activist Marielle Franco, a group of five women of color founded the Umunna network. Its objective: to connect black women interested in the discussion of institutional politics and engage them in the electoral debate. In the context of the 2018 elections in Brazil, the network launched the #BlackWomenDecide (Pt. #MulheresNegrasDecidem) initiative.

In a country where black women represent 27% of the population, according to Ummuna’s co-founder Ana Carolina Lourenço, the initiative aimed at demystifying ideas about the electoral participation of black women. The project, supported by the Smart Citizenship Foundation (Span. Fundación Ciudadanía Inteligente), was two-folded: first, it focused on producing data-driven indicators on black women’s political participation to be showcased in an online platform and, thus, increase citizen engagement in the electoral process. Secondly, it also focused on monitoring and follow-up of black women's candidacies.

The co-founders of Umunna, experts in topics of political participation, gender studies and intersectionality, led the research and production of these indicators to later contrast them with official data on political representation, share of the electorate, etc. The content was later visually represented in the platform mulheresnegrasdecidem.org and using the #mulheresnegrasdecidem for citizens in Brazil to interact with and share. 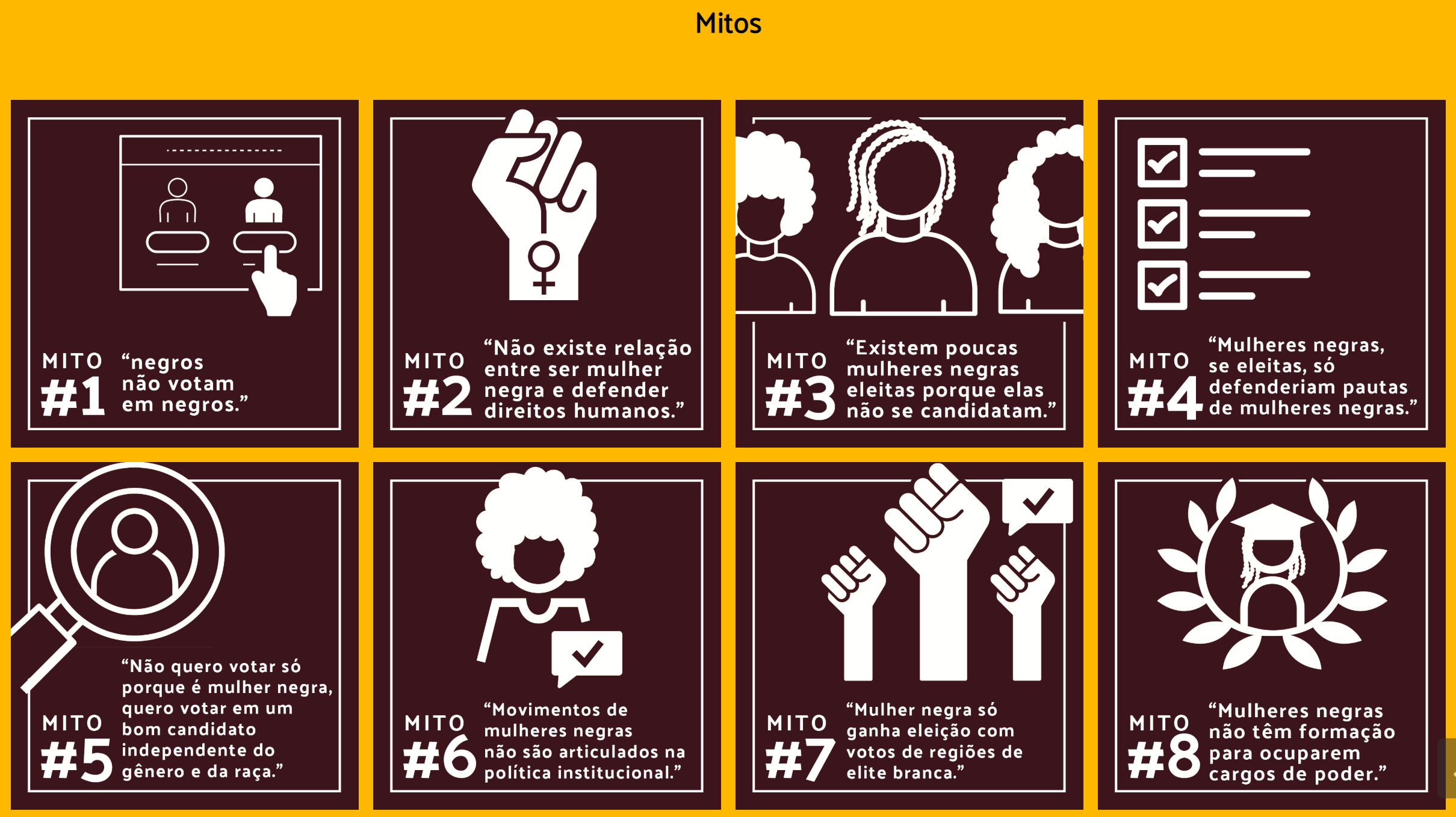 As COVID-19 continues to affect our everyday lives, we will continue to share some innovative experiences in our region that inspire the fight against the pandemic and show how citizen engagement can become crucial in overcoming this global challenge.

In Bolivia, the Friedrich Ebert Stiftung (FES) has launched the online platform innovaciontransformadora.org to connect collective innovation initiatives addressing the humanitarian, economic, and social crisis unleashed by the current pandemic. The project’s objective is to democratize access to scientific and digital knowledge through the acceleration of automation and digital transformation. It articulates citizen initiatives that foster economic development, social justice, and the use of technology and seeks to connect innovators with each other.

Citizens can register and upload their own initiatives in the portal. Initiatives are then displayed to channel potential volunteers and supporters. Some of them include a platform that shows COVID-19 related infographics and audio files in indigenous languages, an open-data repository collecting georeferenced data on the supply of services and health facilities in Bolivia, a grass-roots campaign to deliver food supplies to elderly shelters, and many more.